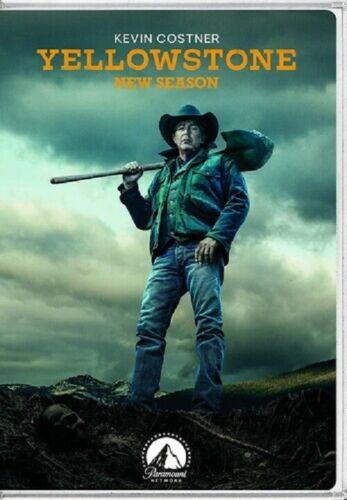 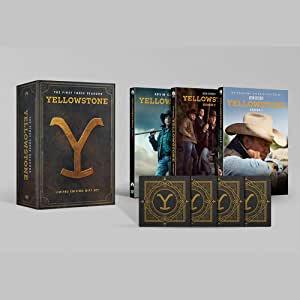 Brand New - Still in Plastic Wrap From the brilliant creative mind of Taylor Sheridan (Hell or High Water and Sicario) and starring Academy Award Winner Kevin Costner, Yellowstone revolves around the Dutton family, led by John Dutton (Costner), who controls the largest ranch in the U.S. that is under constant attack by those it borders: land developers, an Indian reservation and America's first National Park. This is a world where land grabs make developers billions, and politicians are bought and sold by one of the world's largest oil and lumber corporations. It is the best and worst of America seen through the eyes of a family that represents both. This 6-disc set includes every gripping episode from Seasons One & Two plus a vast array of Special Features. Special Features: Inside Yellowstone Costner on Yellowstone Cowboy Camp Character Spots Working The Yellowstone: Production Design and Special Effects Behind The Story Yellowstone Official Theme Music Composed by Brian Tyler Inside Yelloestone: Season 2 Taylor Sheridan & Kevin Costner on Yellowstone Costner on Yellowstone: Season Two Working The Yellowstone: Fight Choreography Only Devils Left Making Yellowstone: Season Two Stories From The Bunkhouse Yellowstone Tintype Photography Behind the Scenes Deleted Scenes

Reviews are given when a buyer or seller completes a deal. Chat with @barkerlesley81 to find out more!