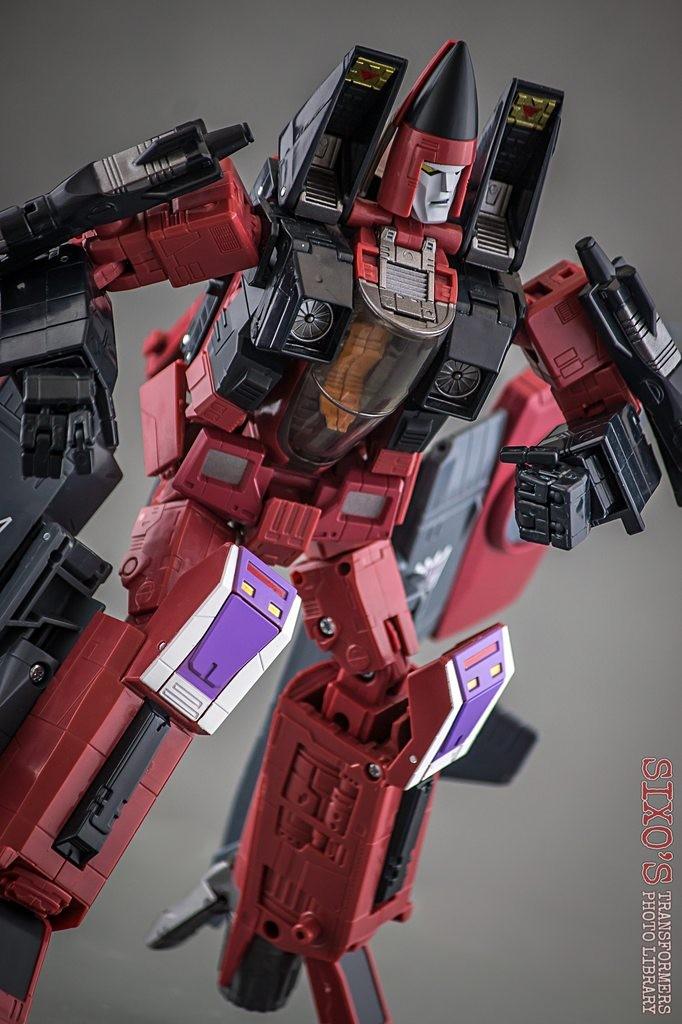 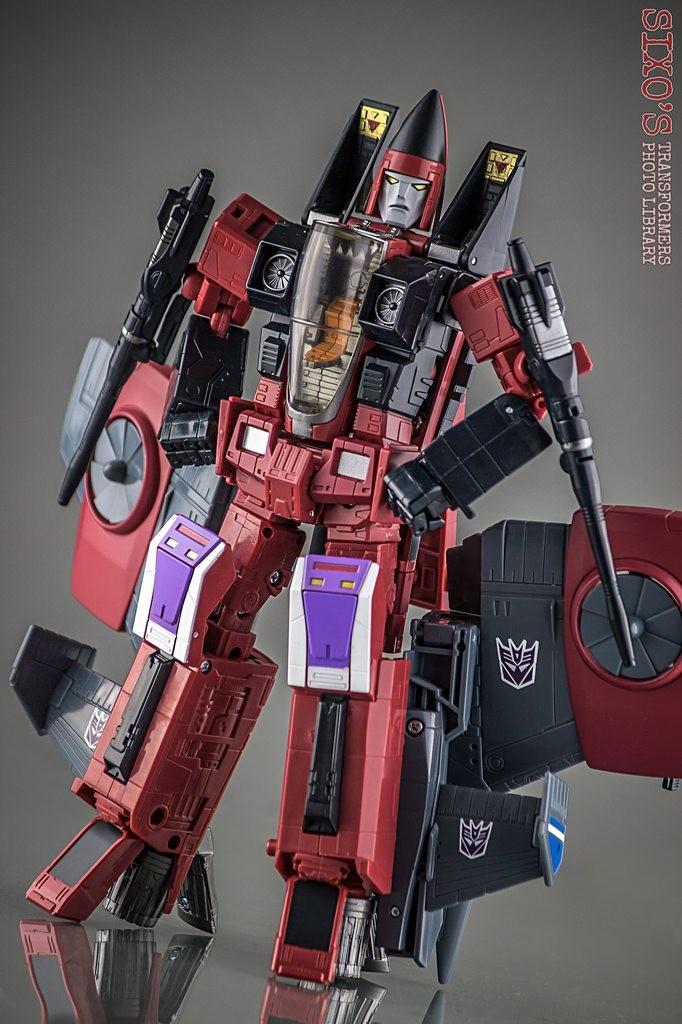 Transformers Masterpiece MP-11NT Thrust Thrust, one of the original 'coneheads', has joined Takara's Masterpiece lineup! MP-11NT Masterpiece Thrust features the G1 design from the animated television series, multiple points of articulation, and transforms into a fighter jet. In jet mode, the cockpit opens and can fit the hologram pilot figure inside. His wings feature vertical rise fans and anti-aircraft missiles! Thrust features the signature 'conehead' look when in robot mode due to the position of the nosecone behind his head. A character card and instructions are included. ===== Product Features 9.25 inches (23.5cm) From the Transformers series Featuring Decepticon Thrust as an articulated figure Transforms from robot to fighter jet Includes 2 anti-aircraft missiles and hologram pilot figure In jet mode, the cockpit and nose cone can open and fit the pilot figure! ==== Box Contents Masterpiece Thrust figure 2 missiles Hologram pilot figure Character card Instructions ===== I have 2 in stock Price: $250 If you're looking for something, ask as I might have it. Also, each one is Brand new and comes in its original packaging/box Remember to check out my page too.

Reviews are given when a buyer or seller completes a deal. Chat with @thehappywanderer to find out more!