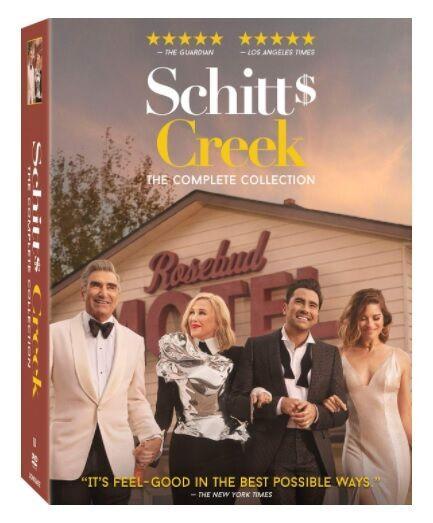 Nominated for four Emmy® Awards in 2019, Schitt’s Creek is a smash hit with critics and audiences alike. Created by and starring Eugene Levy and Daniel Levy, this irreverent and original character-driven comedy centers on the 'reversal of fortune' story of the once filthy-rich Rose family. Suddenly finding themselves broke, the Roses are forced to rebuild their empire in Schitt's Creek, a small town they once purchased as a joke. As the seasons go on, we see the family thrive in a place they begin to call home, ready to take their personal relationships, business pursuits and, for some, exit strategies, to the next level.

Reviews are given when a buyer or seller completes a deal. Chat with @barkerlesley81 to find out more!