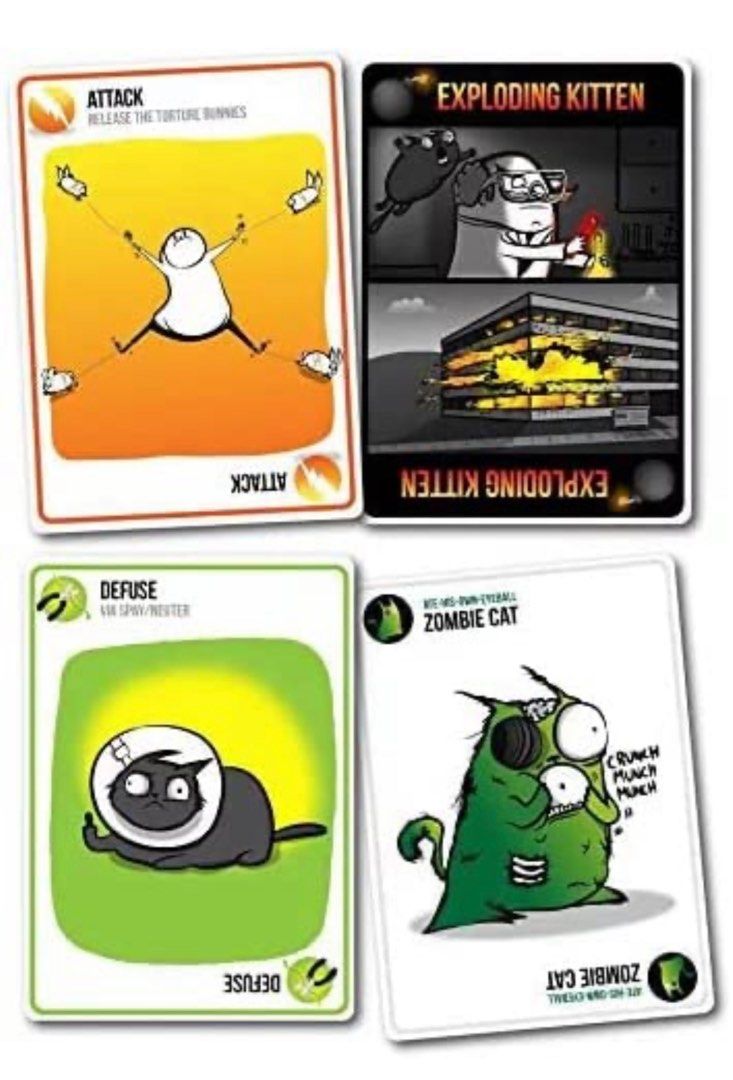 Same Exploding Kittens madness, but with card art much too horrible/incredible to include in a kid-friendly version. Do NOT buy for children unless you’re ready to have some weird conversations. Game of The Year Award Winner - More than 10 million copies sold, breaking records in kids games, adult games and everything in between. A Simple Card Game for Kids and Adults - Perfect for all occasions, including a family game night, beach trip, road trip or drinking with friends! Beginner-Friendly, Just 2 Minutes to Learn - If you draw an Exploding Kitten, you lose and you are full of loser sad sauce. All the other cards in the deck help you avoid or mitigate your risk of drawing an Exploding Kitten. If you don’t explode, YOU WIN! 15 Minutes to Play, 2-5 Players - Includes 56 cards, featuring hilarious illustrations from the creator of The Oatmeal. What Is This? Exploding Kittens is a highly-strategic, kitty-powered version of Russian roulette. It was the most funded game in the history of Kickstarter and has paved the way for peace and tranquility in the modern world. This NSFW edition features cards illustrated by The Oatmeal that are too horrible to include in a kid-friendly version. How it Works Draw Cards You Draw Cards You put cards on the table and take turns drawing from them. Exploding Until You Explode If you draw an Exploding Kitten, you explode and are out of the game. Defuse Unless You can avoid exploding if you play a Defuse Card. Defuse Cards distract the Exploding Kittens with things like laser pointers, kitten yoga, and catnip sandwiches. More Cards Or You can also play various cards to skip your turn, attack other players, peek at the deck, or secretly relocate an Exploding Kitten Card. Card Party Game See less