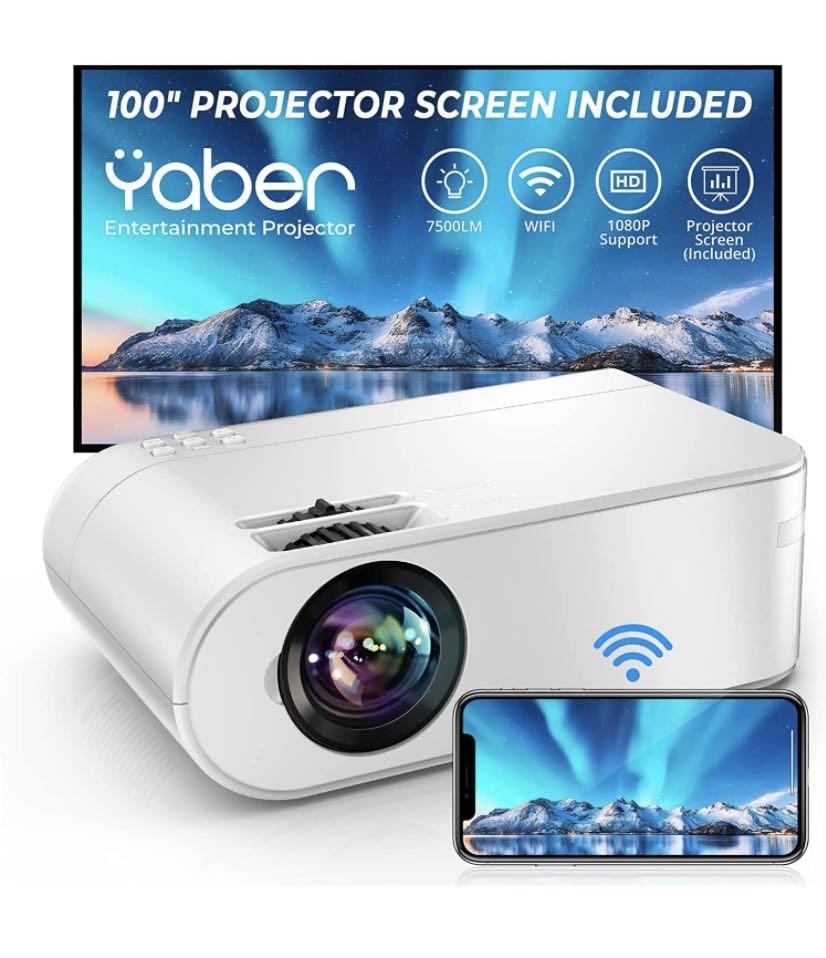 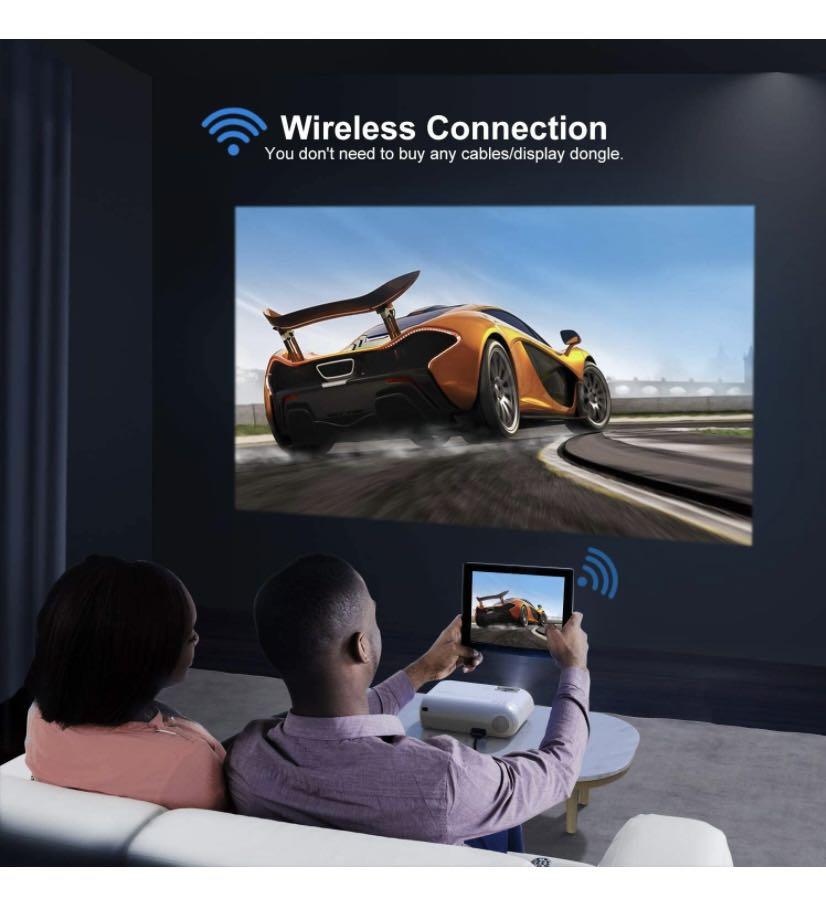 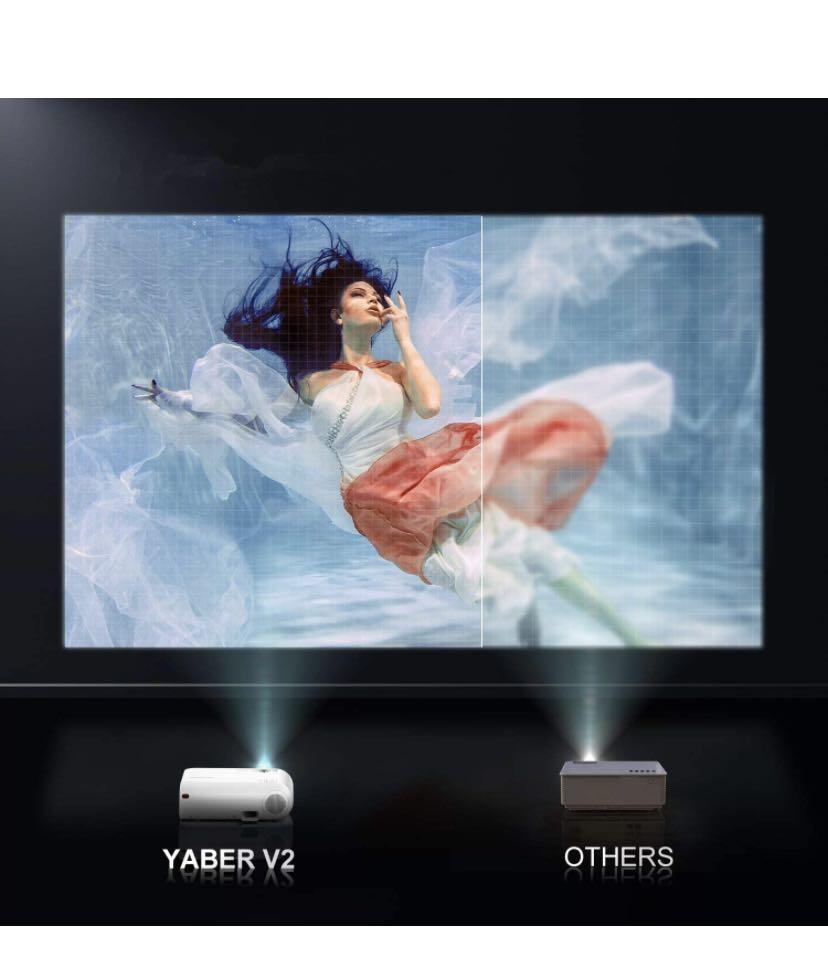 Projector & Newest Wireless Connection】Support wired and wireless projection for IOS and Android systems, you can directly display the smartphone or tablette screen compatible with AirPlay, MiraCast, DLNA on the projector by mirroring, no need an extra adapter cable or Anycast. With our YABER mini projector, you can enjoy movies or football games much easier! (Because of copyright, projector V2 doesn’t support videos of Netflix, Amazon Prime and Hulu) 🎄【Extra Innovative SCT Projector Screen】Once you purchase a V2 mini projector, you will get extra a SCT projector screen which adopts the latest condensing function, and enhance the projection effect compared to the ordinary screen. When watch it in front, the brightness will increased by 50% and the image quality will be much better.(This product is a mini home theater projector and is not recommended for large business meetings, presentations and classes.) 🎄【New Upgrade & +80% Brightness】Much brighter than most mini projectors on the market. With 7000:1 contrast ratio, this mini video projector provide you clearer images than ordinary projectors. Real resolution of 720P, the number of pixels is 2.5 times than other 480P projectors, also support full HD 1080P. Besides, this beautiful mini projector portable can also be used as a decoration for a room due to its smooth and compact design. 🎄【Zoom function/Large projection screen】V2 LED projector portable is the only mini projector on the market that supports Zoom function. The projection screen can be reduced to 75% by adjusting the screen without moving the projector. It supports 45-200” projection size with 1.15-5m projection distance. YABER V2 mini projector also adopts the latest cooling system, which has good heat dissipation effect and greatly reduces noise when playing. 🎄【Wide Compatibility & 3-Year Technical Support】 The wifi projector easily connects with TV Box, Amazon Fire Stick TV, Chromecast, PC, laptop, Tablet, external speakers, PlayStation, Xbox, DVD player, USB memory, iPad, iPhone, Android and other device.