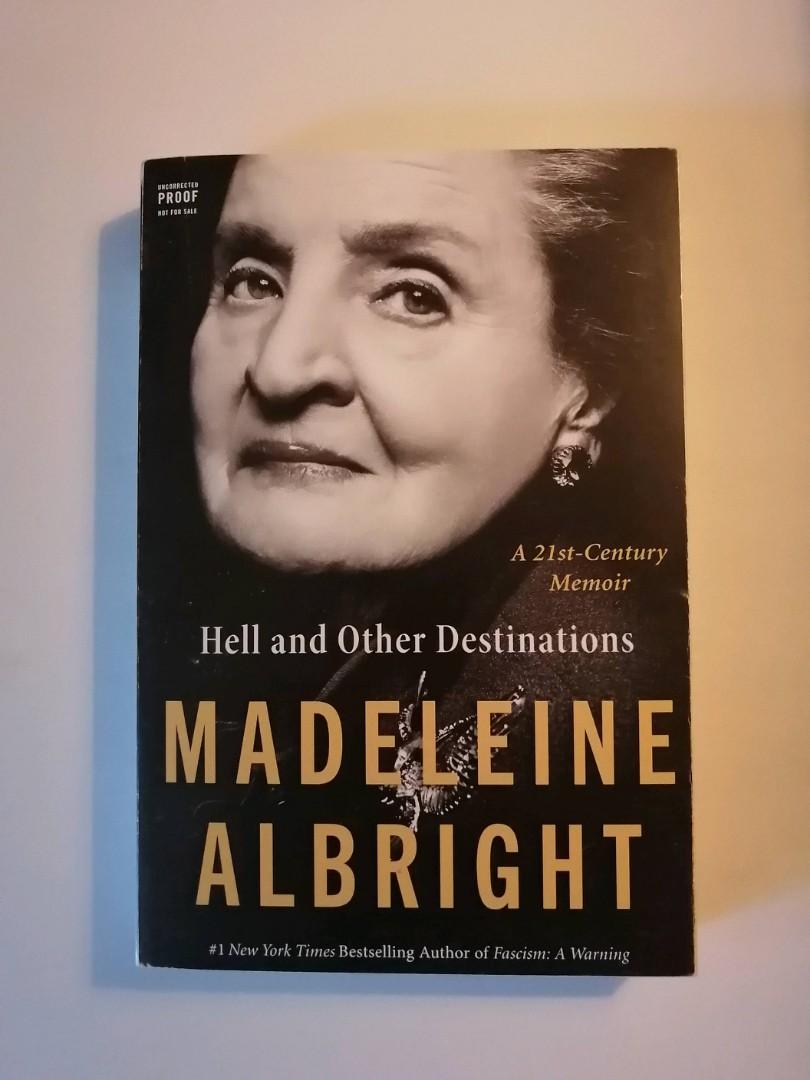 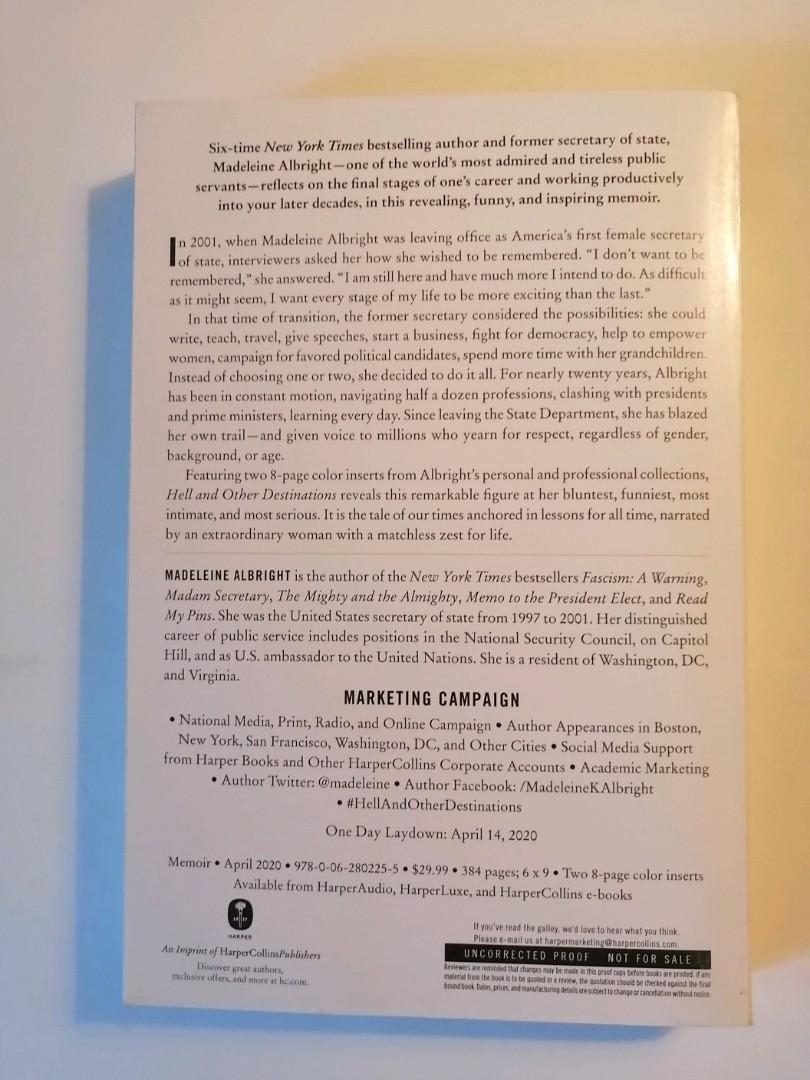 Brand new Softcover 355 pages Madeleine Albright - Hell & Other Dimensions In this revealing, funny, and inspiring memoir, seven-time New York Times bestselling author and former Secretary of State Madeleine Albright—among the world’s most admired and tireless public servants—reflects on the challenge of continuing one’s career far beyond the normal age of retirement. In 2001, when Madeleine Albright was leaving office as America’s first female secretary of state, interviewers asked her how she wished to be remembered. “I don’t want to be remembered,” she answered. “I am still here and have much more I intend to do. As difficult as it might seem, I want every stage of my life to be more exciting than the last.” In that time of transition, the former Secretary considered the possibilities: she could write, teach, travel, give speeches, start a business, fight for democracy, help to empower women, campaign for favored political candidates, spend more time with her grandchildren. Instead of choosing one or two, she decided to do it all. For nearly twenty years, Albright has been in constant motion, navigating half a dozen professions, clashing with presidents and prime ministers, learning every day. Since leaving the State Department, she has blazed her own trail—and given voice to millions who yearn for respect, regardless of gender, background, or age. Hell and Other Destinations reveals this remarkable figure at her bluntest, funniest, most intimate, and most serious. It is the tale of our times anchored in lessons for all time, narrated by an extraordinary woman with a matchless zest for life. Check out my other ad's!