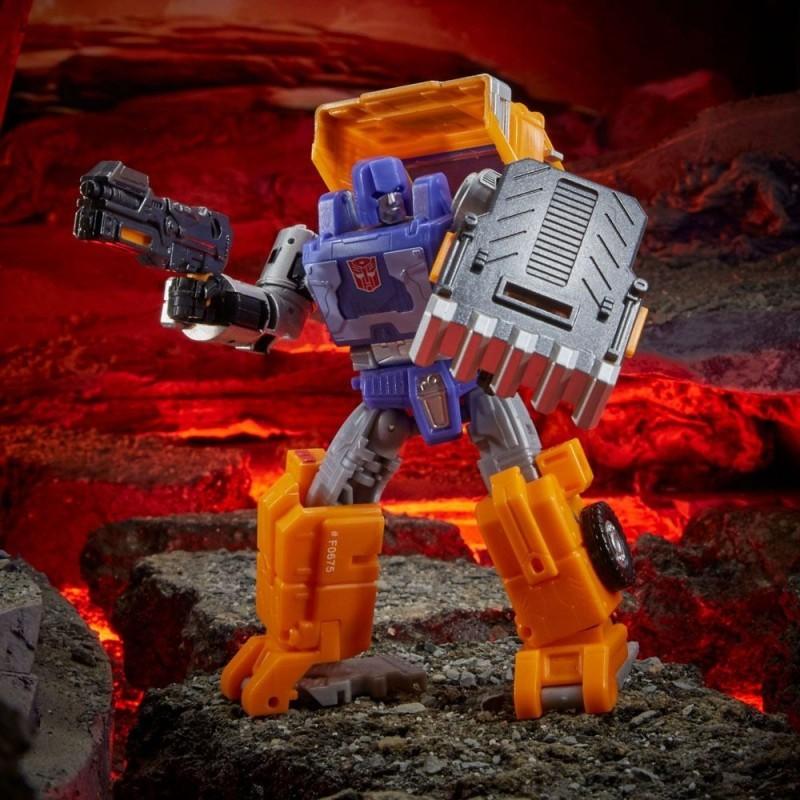 Just picked up 3 Kingdom Huffers This G1-inspired toy converts into Earth truck mode in 14 steps. Truck bed converts to shield and Energon blaster accessories. Figure can attach to WFC-K11 Optimus Prime trailer so fans can recreate the G1 scene from the Heavy Metal War episode where Huffer must tow the trailer after Optimus Prime is badly injured in a battle with Megatron. Includes a Golden Disk card that reveals a possible destiny of a key character. Collect other Kingdom figures to reveal all 3 alternate destiny variants for each character! Product Features 5.50 inch (14cm) scale Made of plastic Toy converts in 14 steps Figures' articulation allows for realistic animal poses Every Kingdom figure comes with 1 Golden Disk card that reveals the possible destinies of certain key characters Box Contents Huffer figure Blaster Golden Disk card Price: $55 If you're looking for something, ask as I might have it. Also, each one is Brand new and comes in its original packaging/box Remember to check out my page too.

Reviews are given when a buyer or seller completes a deal. Chat with @thehappywanderer to find out more!