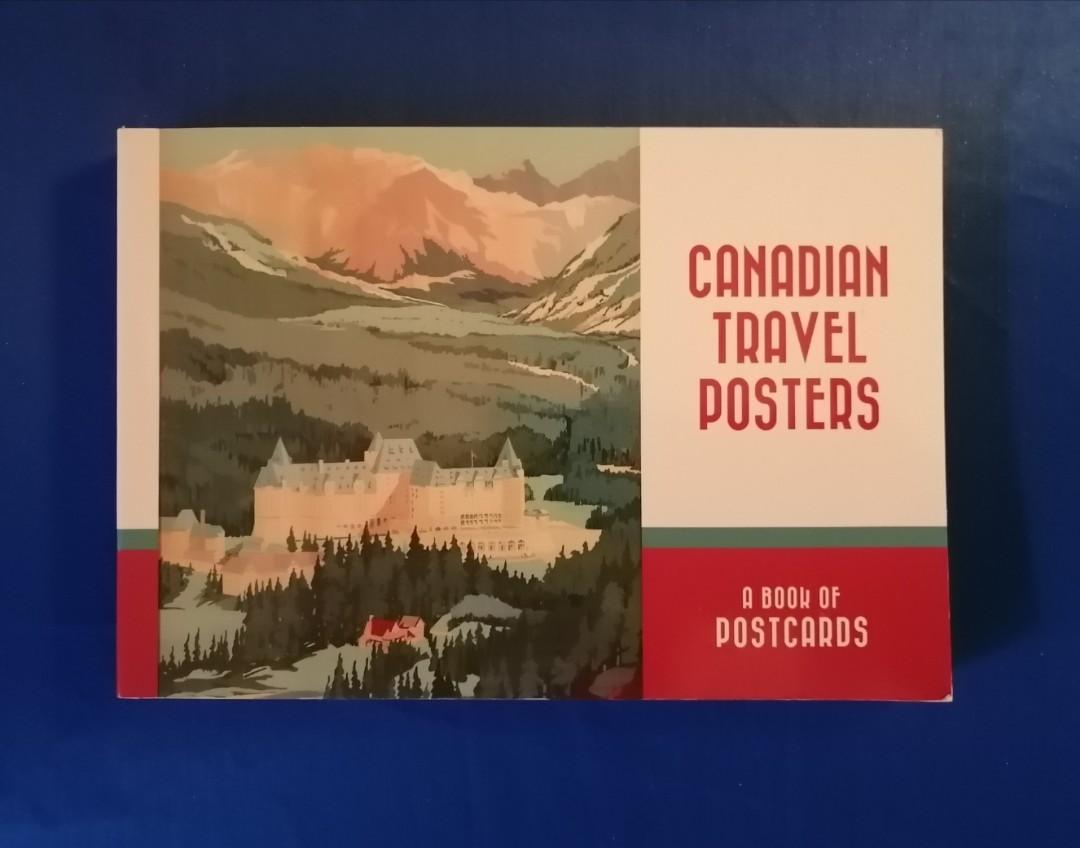 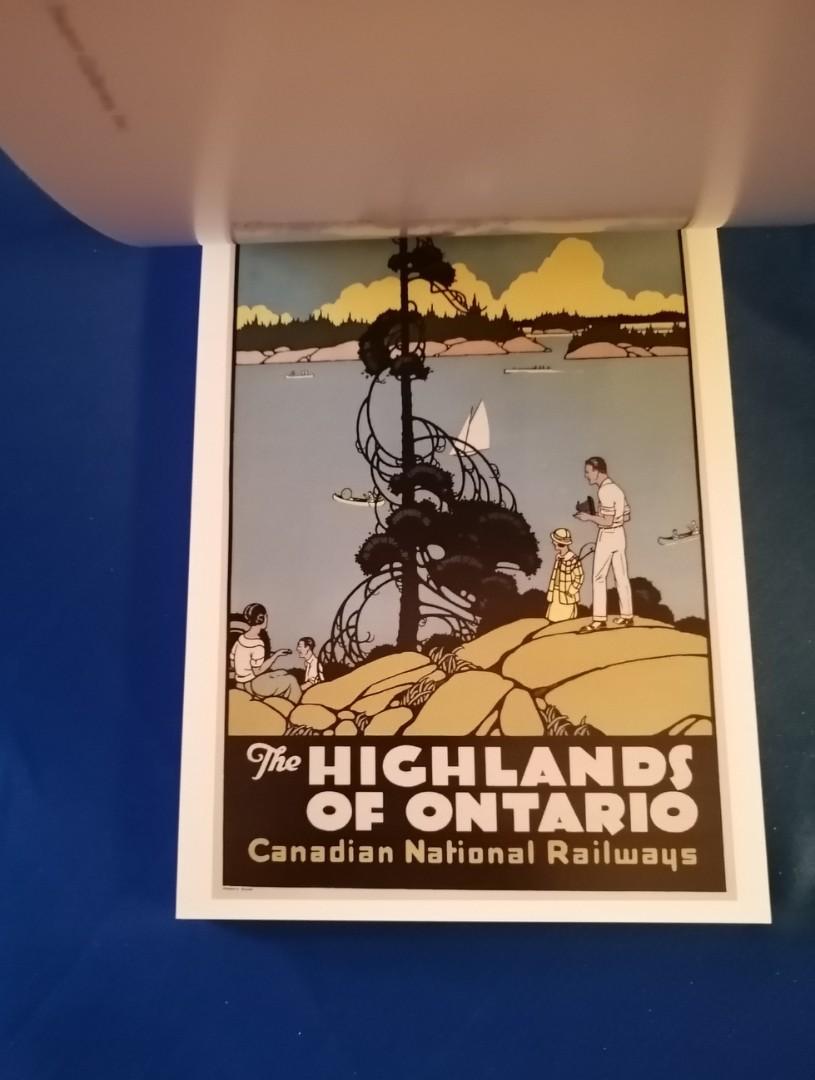 Brand New Contains 30 Oversized Postcards In the earliest days of Canadian railways, the arrival of a rail line initiated a town’s integration with the greater economy. No longer was travel between communities dusty, belabored, and slow. Remote regions finally became accessible. Tourism grew, and destinations formed alongside the railroads. In the mid-1920s two companies came to dominate transcontinental rail travel: Canadian Pacific and Canadian National Railways. By the time many of the posters here were designed, cars and planes had usurped the appeal of the train. Nevertheless, railway companies kept churning out posters. They were intent on attracting tourists, and not only to their trains—a wealthy traveler could book an entire itinerary, from Liverpool to the Rockies, through a single rail company that operated luxury trains, steamships, and hotels. While their posters often featured modern locomotives speeding down the tracks, they just as often advertised Canada itself—its wild vistas, its villages, and a quiet way of life. Check out my other ads!