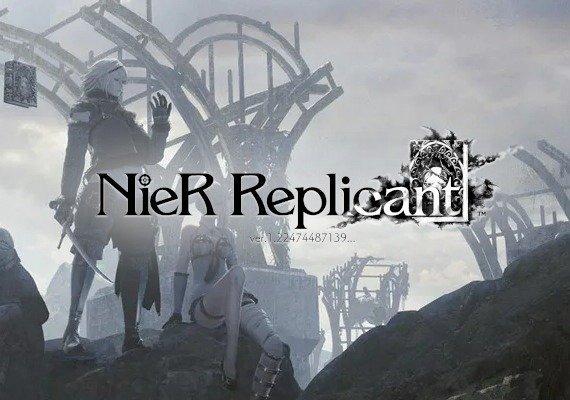 The previously playable only in Japan prequel of NieR: Automata finally realases to the broader public. Showing the story of androids and what happened around thousand years before the events from NieR: Automata. See for yourself what happened, now in modernized gameplay with breath taking graphics and responsive controls. NieR Replicant ver.1.22474487139 is a must-have for people who enjoyed the sequel. Follow story of six main characters, known as: - Protagonist - Yonah - Kaine - Emil - Devola - Papola Experience the NieR Replicant story for the first time in the west through the eyes of the protagonist as a brother. In a distant, distant future, humanity is on the brink of extinction. A black scrawl disease and strange beasts threaten the world. A young kindhearted boy makes a promise to his little sister. A thousand-year lie that would live on for eternity... Features: Uncover the truth behind the world of NieR and prepare to question everything in this dark, twisting tale. Journey alongside an unlikely group of allies through a ruined world, plagued by sickness and monstrous horrors. A mesmerizing iconic soundtrack, newly recorded by NieR:Automata composer, Keiichi Okabe. Fight back dreadful enemies with a visceral, uniquely customizable blend of swordplay and powerful magic. Customize your character's magic, skills, and weapons with the power of Words.

Reviews are given when a buyer or seller completes a deal. Chat with @vandiepcctv to find out more!