There is no secret that the Yamaha YZF-R6 is considered by many one of the most capable middleweight bikes from the streets and competes with success against models like the Honda CBR600 or Kawasaki Ninja ZX-6R. With the 2014 model year the YZF-R6 continues to keep its place among the best bikes in the 600cc class. Unfortunately there aren’t any major upgrades for the new model year, but this isn’t as bad as it sounds, as the bike has all it needs to remain on top of the food chain. With features such as chip-controlled intake and throttle, dual fuel injectors per cylinder and the state of the art slipper clutch, the 2014 Yamaha YZF-R6 is ready to impress you with a unique riding experience. The motorcycle’s skeleton is represented by a Deltabox aluminum frame and a magnesium subframe that were carefully forged to offer a perfect compromise between lightness and rigidity. 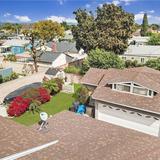 No reviews for @reben77

Reviews are given when a buyer or seller completes a deal. Chat with @reben77 to find out more!